We’re going back in time with this one,  I’m looking at Super Bowl XLVIII in 2013 between the Denver Broncos and the Seattle Seahawks.  The Seahawks came out on top with a whooping 43-8 score.  I’m not generally a big sports fan.  I don’t keep stats or play on fantasy leagues.  But I DO come from a college town–Knoxville, home of the Tennessee Volunteers, and most of Knoxville loves to follow Peyton Manning.  I am no exception.  When he is on his game, whether you love or hate him, he is unstoppable.  There is no denying it.  The night of Super Bowl XLVIII he and most of his team were not on their game, or they were thrown off their game, or, even worse, they threw themselves off of their own game.

I’m going to take the middle-of-the-road approach here and say it was a combination of all three.  What was interesting to watch, as long as I could bear to watch, was just how quickly the morale and energy left the Broncos.  They were so low even Life Alert couldn’t pick them up.

So, of course, I immediately start thinking about the office, our T.E.A.M., and our client relationships.  So much so, that I literally couldn’t sleep that night.  Which if you know me, you know that sleeplessness is one of my trademarks.  But  that Sunday night I needed my sleep because I had a plane to catch early the morning.  I was annoyed to be awake, to say the least, and there was no way I could have even one more drop of bourbon.

I am sick with acronymitis.  It isn’t widely known, and it can be contagious so watch out!  Timely Executed Accountably Managed (TEAM). This is how I imagine our TEAM at Lawhorn in action on game day.  For us that is Monday – Friday, 8am till 5pm, unless you’re talking about me.  I’m more of a 10am till 2am kind of guy with plenty of breaks, bourbon, and exercise in there somewhere.  Regardless, we must function as a TEAM every day and realize results for each other and for our biggest fans, our client/customer relationships.  The way we describe how our TEAM is on its game is to be a ……H.E.R.O. to each other and to our clients. (I told you, I have it bad!)

Anyone can be a HERO at any time.  And focusing on being that HERO for your customers and your TEAM will give you a greater chance of being on your game no matter what you do in life/work.  Peyton and his TEAM had an extraordinarily bad day.  It happens to the best of us and, because we are professionals at what we do, we will pick ourselves up off the field, dust each other off, and move forward to the next challenge.  All while learning a valuable lesson from our defeat.

Whew, that was almost too deep for me… landing gear down. 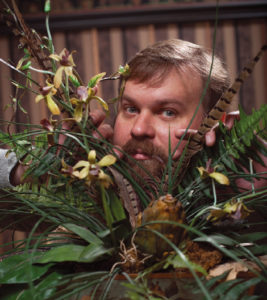